No no the 300. The best bike that was made by Fantic was the 300. It was a very good engine, fantastic engine, good clutch but not the best frame. Not a very good frame. When I won the Scottish the 250 Yamaha TY was with mono shock and it had a much better frame and suspension that I had with the Fantic, but Fantic had a fantastic engine. I had a good bike.

I am told that the SWM designer moved to Fantic. Is this where the inspiration come for the Fantic mono ?

No, because this person from SWM arrived in Fantic in 1988, so there is no relation between SWM and Fantic with me at the same time with this mechanic. It was much later.

Was the Fantic a big improvement over the SWM in 1984 ?

Was the Fantic a better bike than the SWM ?
For me yes for the engine. What is incredible is that I had a big plus because of the engine. In fact the engine was riding and turning so well. We had a lot of advantage with this big engine. We had a lot of power at the bottom. The SWM had the big Jumbo engine with so much power at the bottom. The Fantic engine had to be used a little higher. The Fantic engine was so smooth and the bike turned so well overall. The carberation was perfect. I also had the Michelin. I was the first to put a Michelin on a trials bike and after they sold thousands of Michelin because of me ha ha. I ride with Michelin all my life. The Fantic had a fantastic engine. I was loving the engine and clutch and gearbox. The frame and suspension were not a disaster but they were not the best of the bikes. The Yamaha had the better frame and suspension anyway it was a very good bike. To finish in a good position in the World Championship your bike is good. If the bike was bad you would not had a good result. I had a very good bike at that time.

Be careful with this step, it looks easy but it is in fact hard. He's one of the first information persons that come to the rider at that time. It was not like the minder we have now with the pink top out of the section. It was a different time and a different job.
1987 -  From left to right, Jordi Tarres, Adrien Prato, Fred Michaud and Thierry Michaud 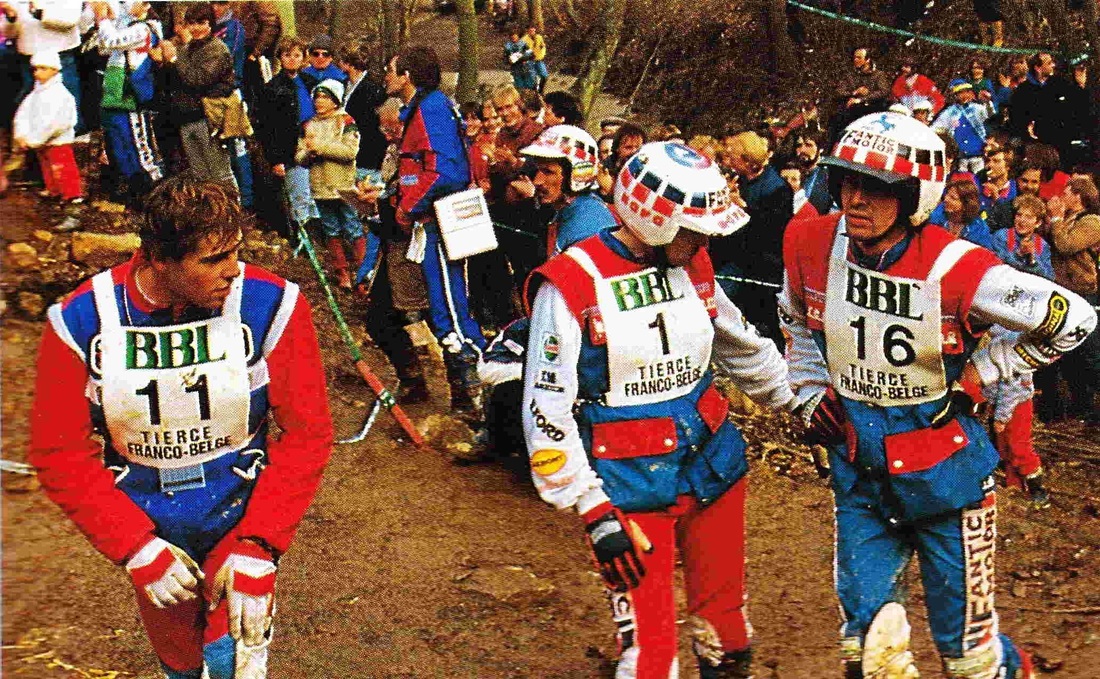 2014 Thierry Michaud interview www.retrotrials.com photo Trials Journal
If you needed spares would you take the spares from Fred’s or Adriens bike ? The levers etc ?

No no. Most of the time it was the rear wheel because you get a puncture with the tube so it was quite complicated and it was much easier to change the wheel. Then I would put the wheel on another bike and after they then take the time to repair bike and so it was good for that. Almost .....we never broke the bike. The handlebar may be to change this and we have spare one. 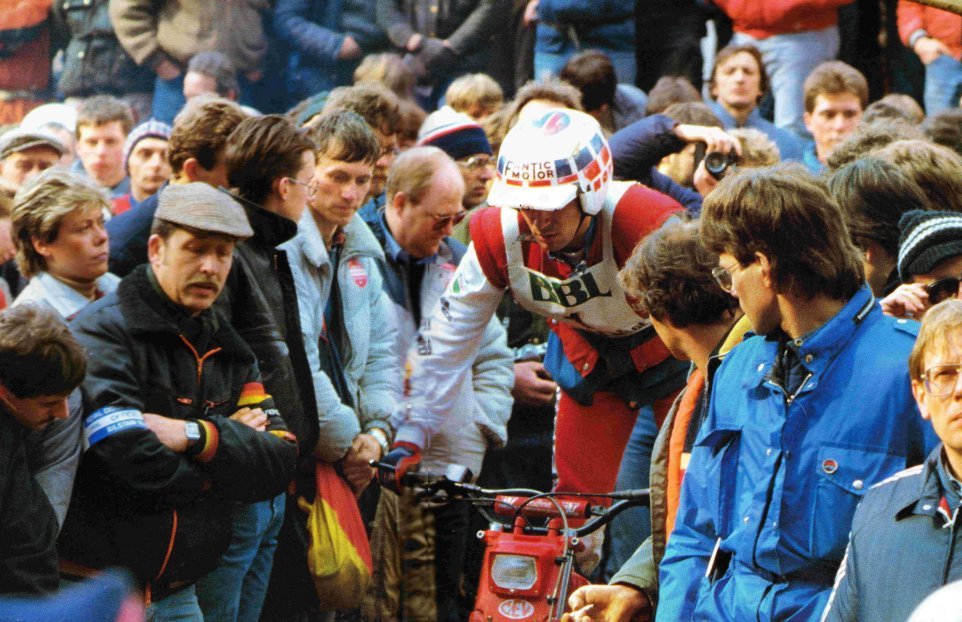