Did he do any exhibitions in 86?

We did a few in Japan for Honda themselves

How many times did you go out there?

Sarah says “I went there once”

Was he encouraged to smoke by Rothmans?

Who did you travel to the World rounds with

Derrick my mechanic at the time and occasionally with Sarah

Either Hrc or Honda britain

Anything in Europe was driven in the van. In America and Japan the bike was put on a plane, yes 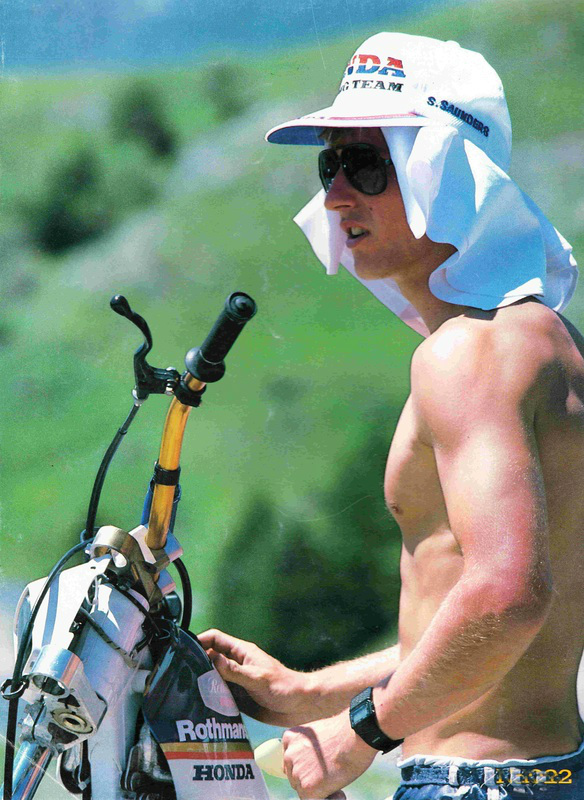 STEVE SAUNDERS INTERVIEW WWW.RETROTRIALS.COM
Can you remember any stories of those days?

Computers in those days were not the size of i-pads or telephones like they are these days. Computers were massive big things. When we were testing with hrc we used to have to have a computer strapped to the bike and all these bits dangled down and attached to the bike while you were riding it. It was about a foot and a half wide and 8” thick. You had to ride the bike like John Wayne. It was just a hard drive really, it was huge. You had to go riding, ride your sections so that they could get data from your bike. You think data feedback is fairly new don’t you, but no its not.

Were there any problems getting parts?

What special features can you remember about that bike?

What can you remember about the rear shock?

Well, it had 2 springs in it. This was just before the springiness in rear shocks and I guess it was just starting to get into the springy
Can you remember that iconic Patley Bridge round in 86?

Yes, pretty much, I can remember most of that

What can you remember?

There’s a video on you tube actually.

That was wet, but not as wet as Petersfield in 88. At Pately Bridge the rocks were huge. It was a big rocks and mega slippery. 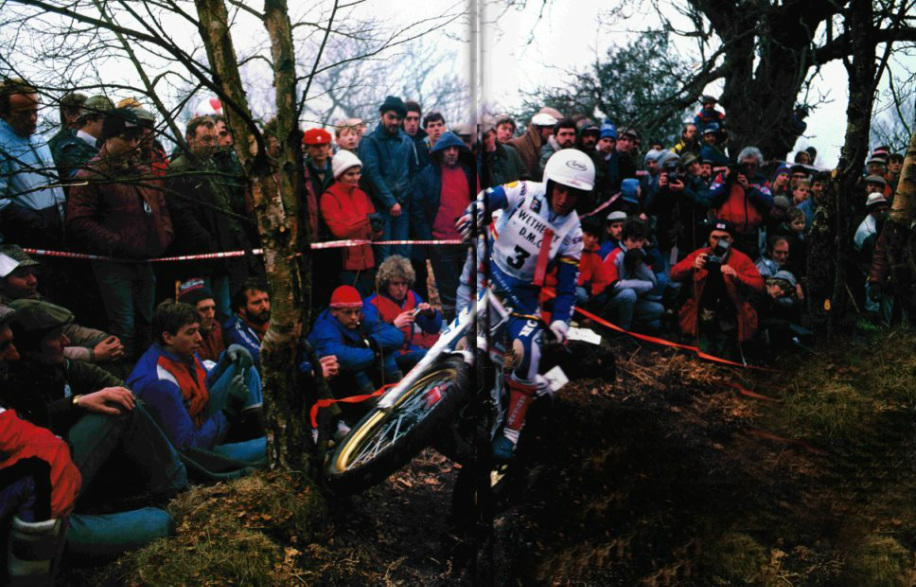 Well, I believe that one of mine is in Italy. I don’t believe that any of them went in the crushers. I think another of mine is in Yorkshire somewhere. I did a talk show in Scotland one year and there was a guy there and he basically said that he had my bike and asked me if I wanted to buy it. I would have bought it then to be honest.

Did he say how much he wanted ?

No he didn’t say. I thought he might have stayed behind at the end and had a chat but he didn’t and he was gone and I don’t know who the hell he was. He was a flat capper from Yorkshire

So you don’t think any of them went in the crusher?

No I don’t, I think it was a whole load of parts, just chucked a load of parts in, locked the doors and buggered off with the bikes in.

Derrick was supposed to have had one in his front lounge ?

I believe this is the one that this guy in Yorkshire has got, yes

He keeps that wrapped up, in terms of publicity ?

Yes, someone will know

In 1986 you had a terrific result at the British experts trial. Was there anything particularly pushing you on this day ?

Well it was at my beloved Hawkstone park. The last official event on the Honda which was annoying and sad at the same time cos although I went to Fantic it wasn’t by choice and so it was an extra determined effort on my behalf to wave good bye and say, look what I could do .

How did you get told by Honda that they wouldn’t be continuing?

We basically went and sat in exactly the same room where I got the bad news, to get the good news. You finished 2nd in the world championship, Rothmans are pulling out and putting all of their money into F1, we are not continuing with this sport apart from Eddy having one more year on his contract to run. They are very honourable people so they would run that extra year with Eddy, but basically that was it. I finished 2nd in the world championship and that wasn’t good enough, see you later.

Were you massively gutted at this point?

Who were they from?

It was Honda I wanted to stay with, it was Fantic,Garelli and Aprilia

I chose Fantic, rightly or wrongly

No, I don’t think I made the wrong decision there. I just wish I hadn’t been put into the decision where I had to make it the best from a bad job

Was the deal with Fantic financially worse? 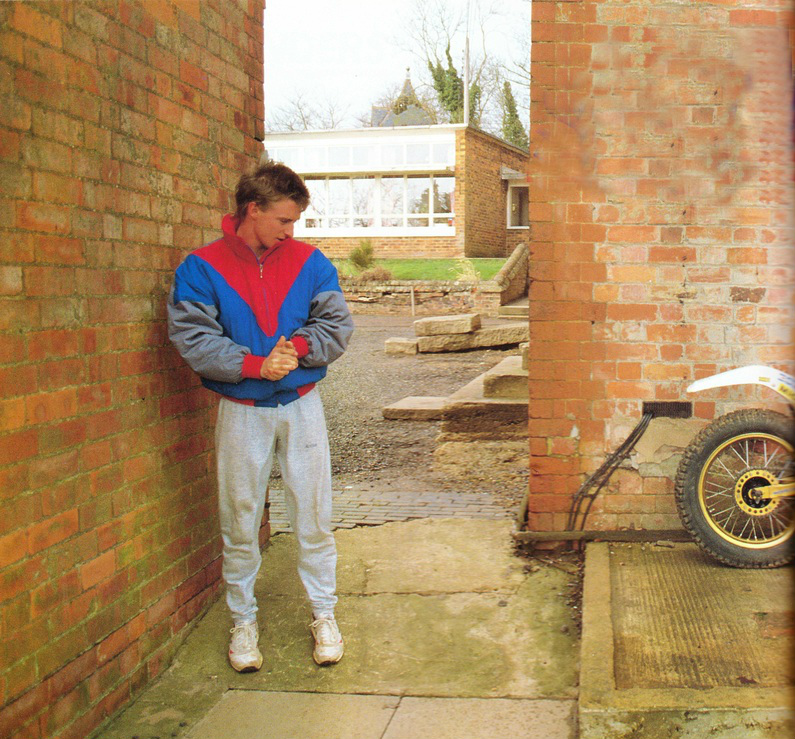 Probably 2 or 3 years, yes. It really pissed me off. Eddy came out with the pink Honda and that had disc brakes on it and I did sneak a little go on it at one point and thought ooohhhhh yeeeesssss. ha ha

Did you prefer that bike to ride than the Fantic’s that you were now on ?

Would you still have preferred the last Honda to the last Fantic you rode ?

No, I think by the time they got to the 305 they were good bikes, but they were incredibly difficult people to work for. 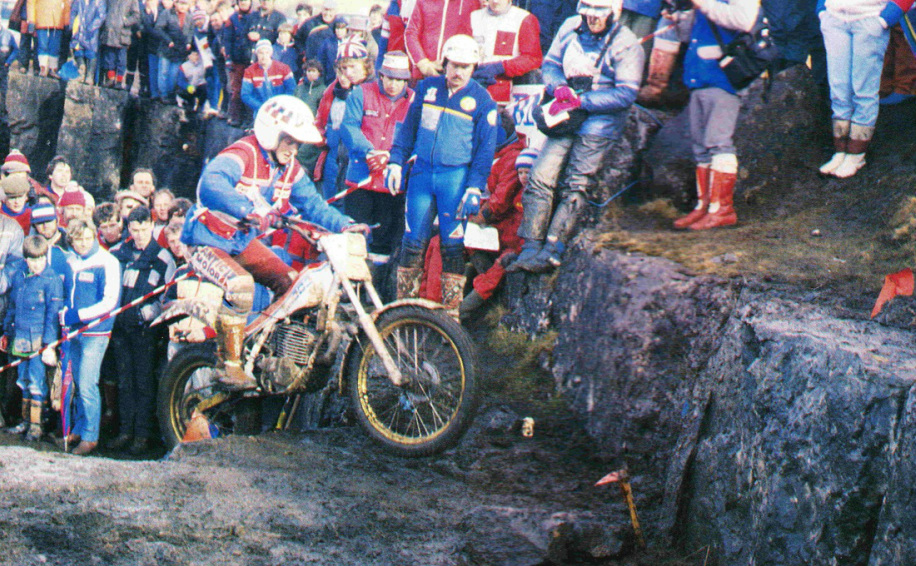