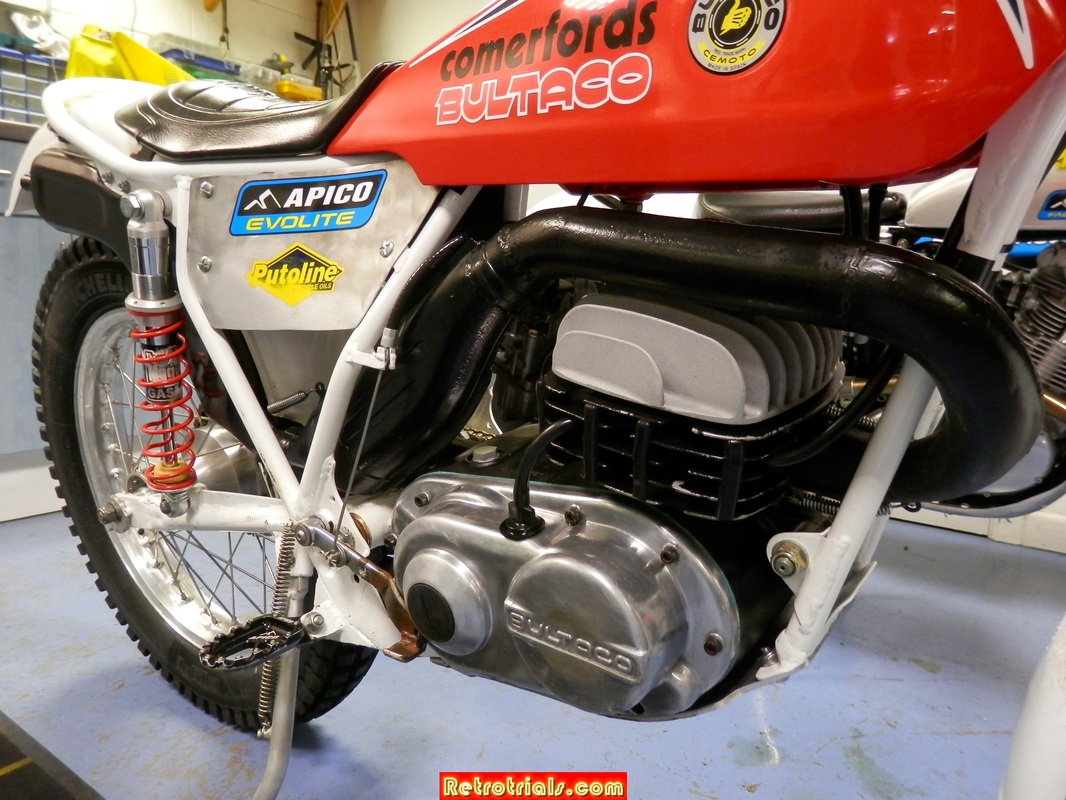 A detailed career interview with 3 x World motorcycle Trials Champion Yrjö Vesterinen.
Presumably, your mother was busy at home looking after you lot?
​
No no no my mother was working. She was very proud to be working in Finland. Women were very liberated a long time ago, in fact, Finland was the first country in the world to give the vote to ladies. My mother instead of being a housewife went to University and had one of the very first University degrees in business studies and later became the very first female director of the Helsinki Electricity Board. She was in charge of all the electricity board purchases, everything, she ran a fairly sizeable department.

Do you look back and think it was quite a normal upbringing that you had?

At the time I thought it was all quite normal but looking back now I do think my mother gave us a lot of freedom to do what I wanted to do. For example in those days nobody wore helmets when you were riding a bicycle. I was riding when I was maybe 4 or 5, in traffic. We used to make very long bicycle rides at times. We didn't even know where we were going. We were just exploring, we were almost just going as far as we would dare and then see if we could remember the way home.

And have you travelled much prior to the motorcycles?
​
Not at all, no. I would have been about 10 when my father took me on a ferry to Stockholm to watch a test match against Sweden. This was a field sport test match like running and athletics, pole vaulting and that sort of stuff. I'd like to have thought that Finland would have won but I'm not sure hahaha
Photos from Yrjo's private collection
I remember behind a block of flats, there was a sand pit which was very convenient so we immediately went to the sand pit. I remember very nearly having a very bad crash straight away, but luckily I didn't. Oh, I remember that we made the argument that if we mended the flat tire on the bike and then surely that gave us the right to try the bike out ha ha ha .So we fix the flat tire and then we tried it and then we put it back against the tree. This place was in a suburb of Helsinki called Espoo.
I've been to Espoo previously and it's a beautiful place very spread out am. I remember reading reviews on Espoo and surrounding area of Helsinki and after you read about the lakes and the islands it was also mentioned that there is a lot of drinking in Finland, so when I was driving around and looking at people I was wondering is that guy drunk is that guy drunk I'm sure it wasn't the case?

I'm sure it was the case ha ha ha
​
Did your mother and father help you out during the time when you just started out competing, did they take you to events for instance?
​
Not at all no no no no. My mother wasn't against me riding because she knew I was very interested in getting my hands early on, on a moped. I don't think my dad had too much of an opinion on that he was neither against it or for it. It was a very normal Finish middle class upbringing. Children back then were given a lot of freedom to do what they wanted to do, to play outside just on their own with no adult interference, where now children aren't trusted. They will stay in one place and parents worry so much about their son, that especially over here, may be less so in Finland.
And did you fall in love with a sport straight away or did your love grow slowly over time?
​
No, I knew straightaway it was something I would like to do but obviously I wasn't serious, it was just a fun thing for me. I had already been riding lots of makeshift trials sections on some land near to my house on my moped, one of my schoolmates have two older brothers and they were riding trials on Bultaco, so the aim for me was to move into motorcycle trials as soon as I could get a licence and was able to.
Here are some more photos of me riding in the moped trials. I was 14 . I think there were 3 or 4 rounds . 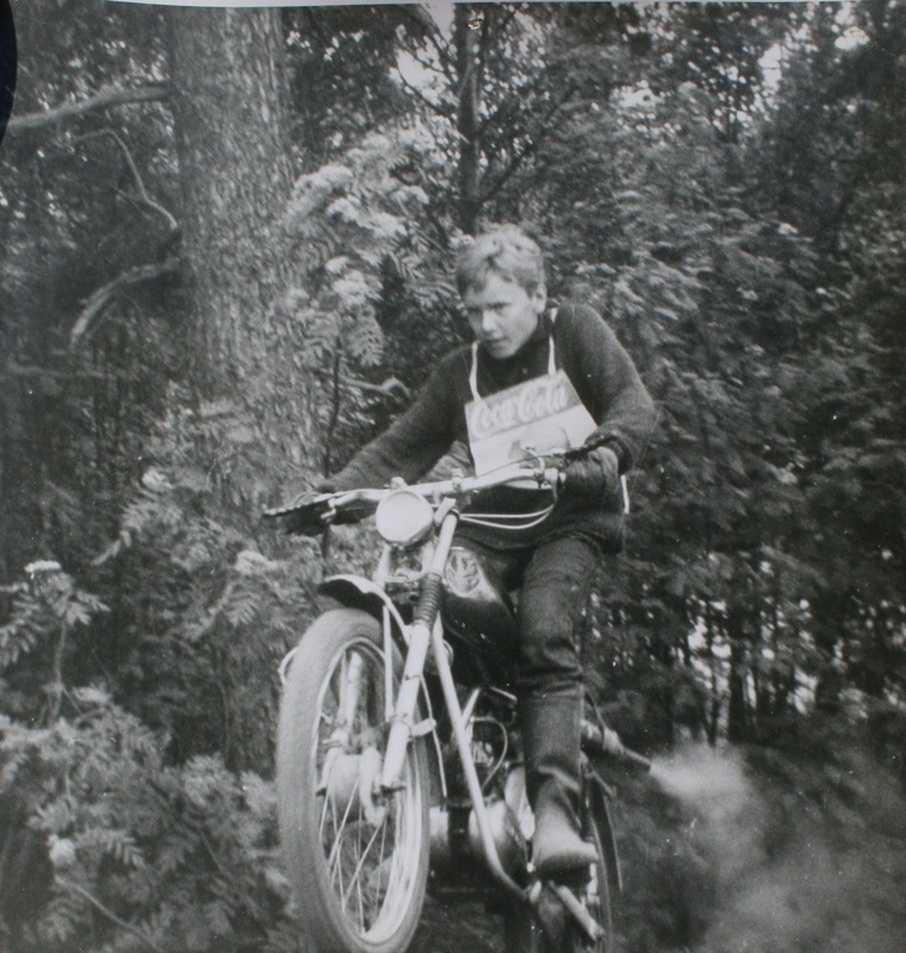 This was early in the summer 1967. I was on my Vasama 50cc moped .This was my 2nd trial ever. The first one i finished 4th . I was just 14. I made this bike ,myself . You can see where i bashed the petrol tank with a hammer so that the steering could turn around more. I built the exhaust system and put a bigger rear sprocket on it and so on.
Page 13