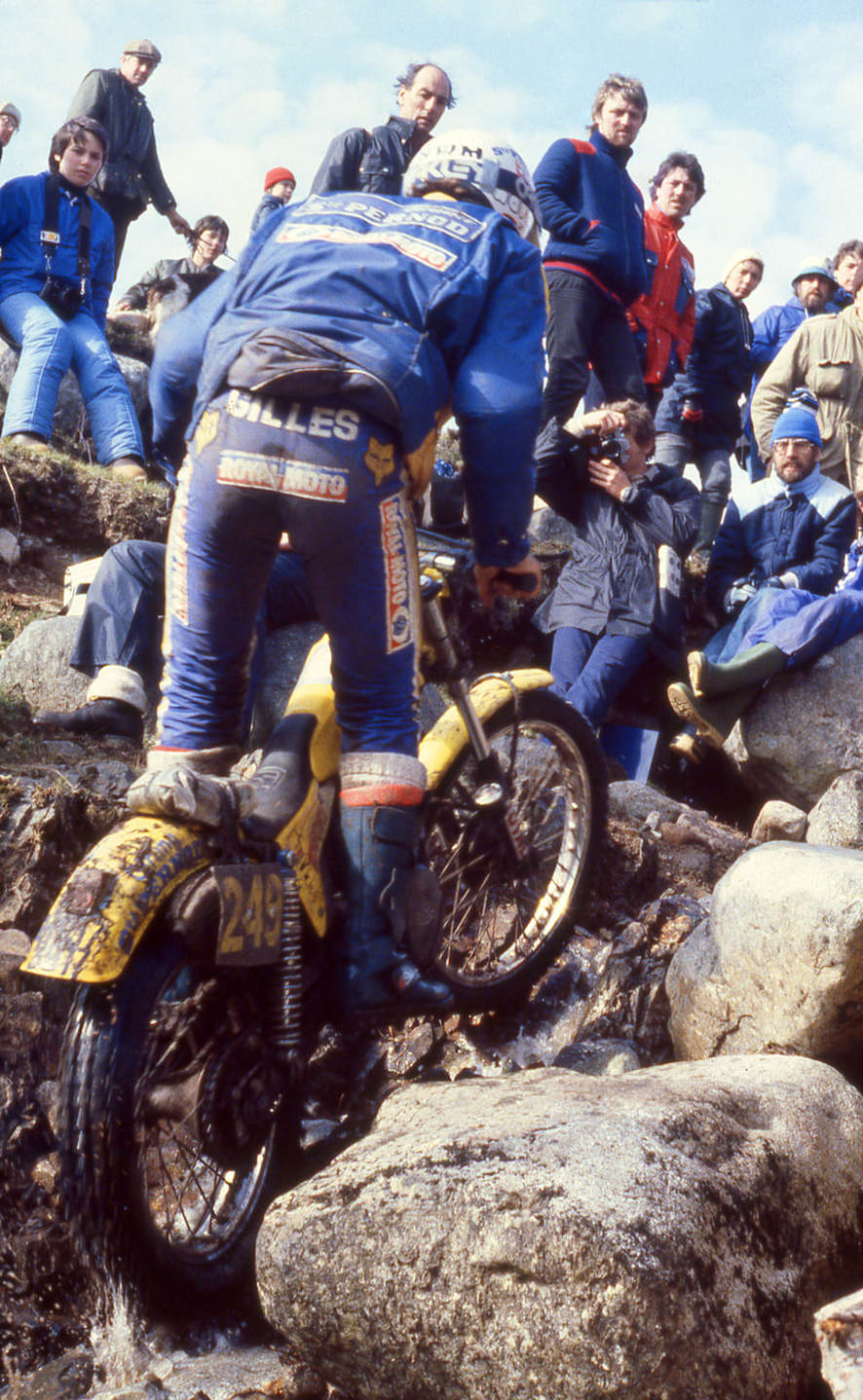 An Exclusive Interview with 1981 World Trials Champion Gilles Burgat . 1981 Lagnaha, SSDT. Photo Iain Lawrie
Gilles' home is on the ridge of a huge hill. You have seen the views to the front, but in actual fact you can ride across his paddocks up the hill behind the house to the very top. The view from here onto Switzerland is again stunning. It was now time to head back to the house as Gilles has some competitive sport lined up for us both. I kept asking the questions of course. 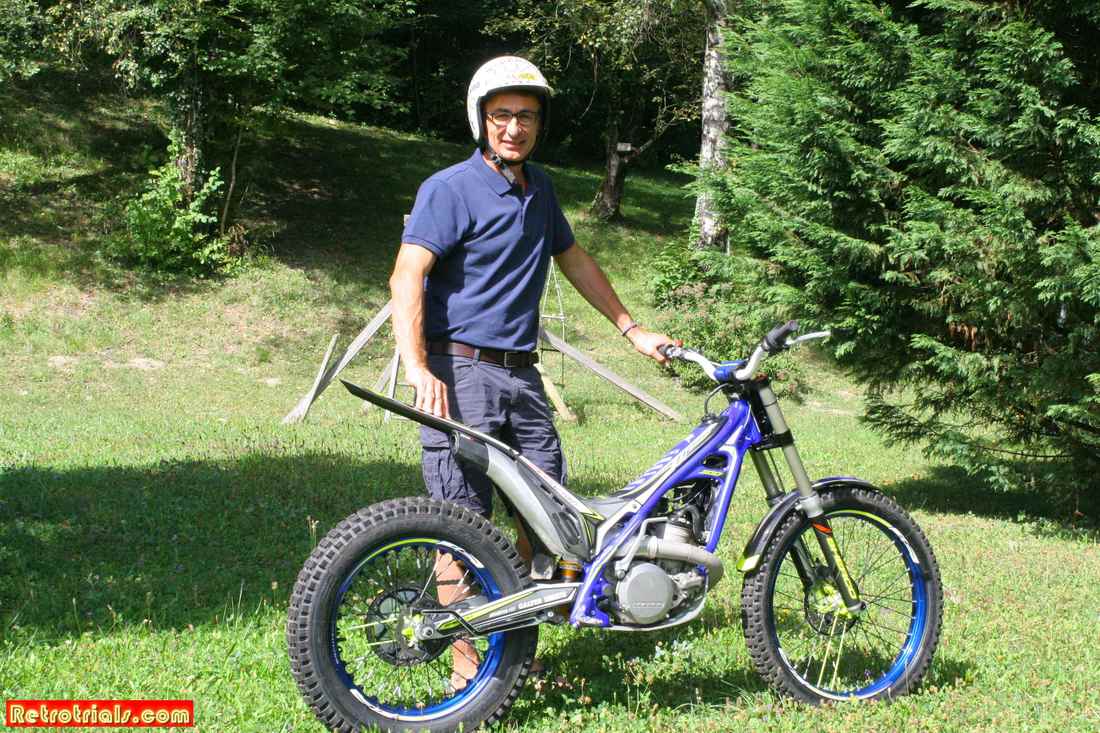 An Exclusive Interview with 1981 World Trials Champion Gilles Burgat
The Nova helmet is all Gilles has left of his Trials clothing. 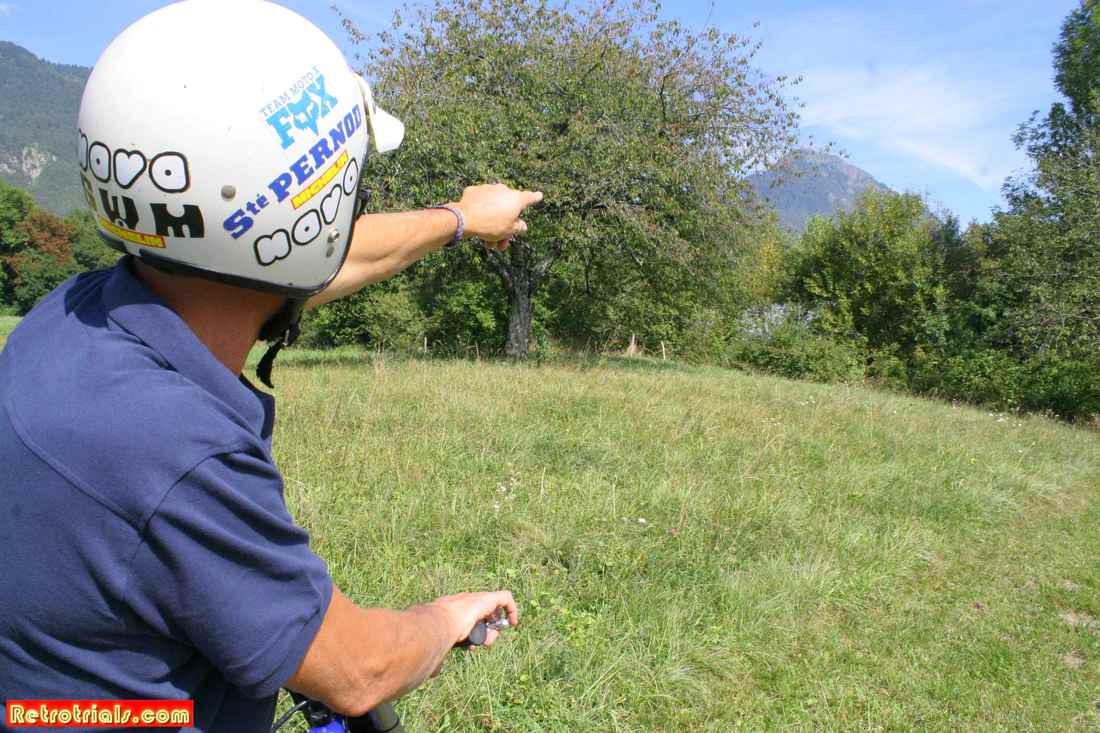 An Exclusive Interview with 1981 World Trials Champion Gilles Burgat
Back at the house, Gilles' oldest son William has pulled himself away from his studies for a short break to join us for some.......... 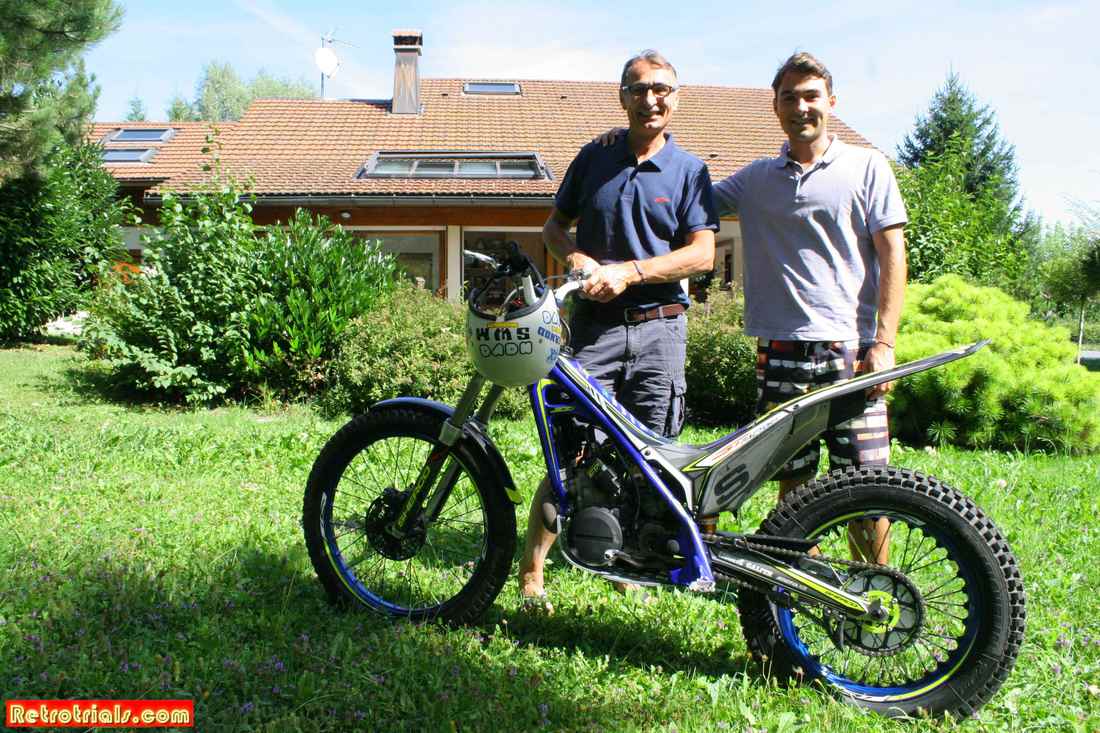 An Exclusive Interview with 1981 World Trials Champion Gilles Burgat
Archery of course. And of course we are both competitive men so as soon as the sport is introduced a little sportsmanship comes into play. I must admit that although he is a touch older than me, Gilles has done very well in fighting the signs of aging. My approach is that it is all genetics and there is nothing I can do about it :).

In any case, I had Gilles' youngest son James to show me the ropes as I hadn't fired an arrow since I was 10. This is James' hobby and I couldn't have dreamt of having a more capable and enthusiastic teacher, especially given my below par standard. James had a high powered bow along with some fresh paper targets that were placed 15 feet away on the net wall of a trampolene.

You can see below that Gilles is taking the idea of competing with this imposter Englishman very seriously. His national pride was sending his top lip quivering as he limbered up and then stood to attention imagining the National Anthem La Marseillaise sounding across the hills. 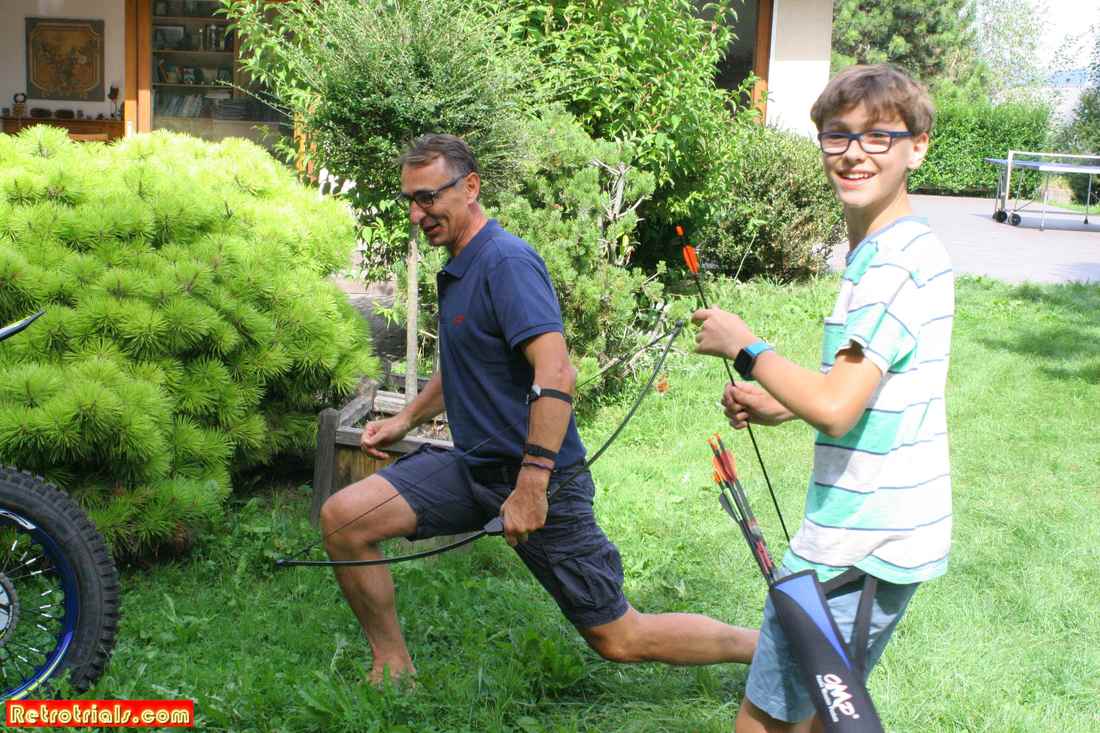 An Exclusive Interview with 1981 World Trials Champion Gilles Burgat
But before you find out whether the 1981 World Champion managed to beat one of the Worst trials riders in England, there was time for some more questions.
Did you have a contract that rewarded you for wins for 2nd or 3rd or 4th place in World Championship events and did you have bonuses for finishing the Championship in a certain place? Was is written into a contract at the start of 1981?

I think I had got some expenses built into my contract so for every race I rode I would be paid something and also yes for every first second or third place I got, I would be paid a bonus. After I think I had something written in my contract for the World Championship, but it was no big deal and at the start of the year I certainly wasn't reminding the company and saying all you should put this in the contract about the World Championship win hahaha, because it was not something I was expecting at all no way. I remember I had one sponsor who was going to pay me a bonus for becoming World Champion from a helmet company that didn't pay me. They didn't pay me anything and the reason they gave was because they said  we all knew we were going to be World Champion this was the company called Nova. In fact even with an agreement they didn't pay me, they didn't pay me at all nothing ha ha ha. 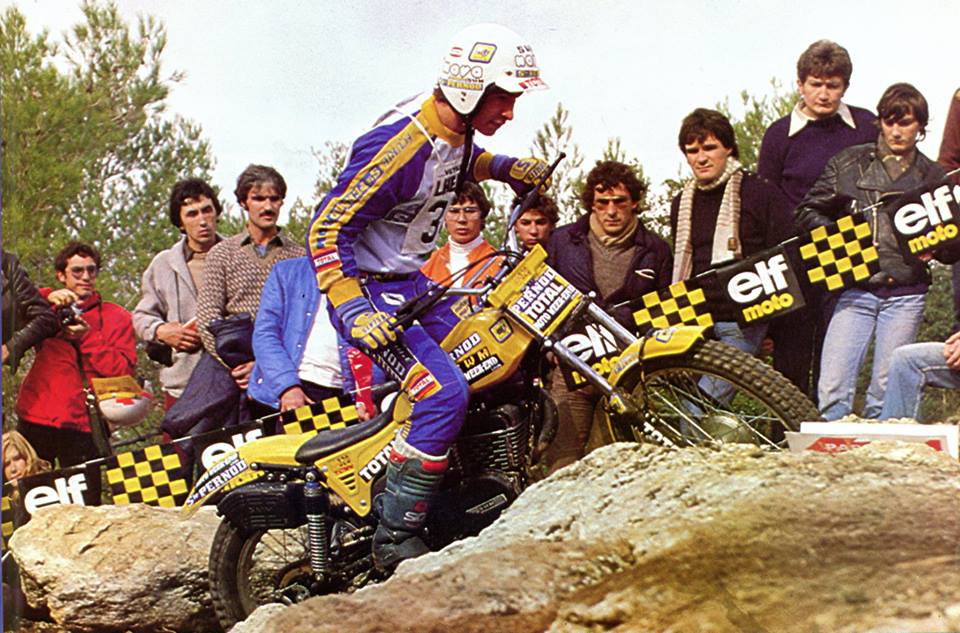 They are obviously very good in business but now I think they are gone. I mean what could I do? I think the trick for me winning the World Championships was my consistency as well. I certainly had a consistent year and in fact I won the Championship without having to ride the final trial in Germany because I've actually won in Czechoslovakia. You know at this time in the World Championship, we had some trials at the beginning of the year, had some trials at the beginning of the season and then the Scottish Six Days Trial and then after this a couple of races and then it was summertime and we had a long break until about the end of August when we went to Sweden and Finland. You know at this time I was confident, but my biggest opponent at this time was Eddy Lejeune.
Page 12