​​This was a great role for me, talking with Paxau and then talking with Piber and me in the middle. This was all very childish, about the situation needed sorting out and it was a role I was given and paid for buy Gas Gas. I talk with Paxau at training and I say “Hey man lets all go for lunch. This is kids stuff. Let's go and talk all together”. He say “No, I don’t want to talk”. Ha ha. Their relationship was good right at the start but very soon went bad.
Sharing the paddock with Amos Bilbao . He was care free . I sent row 1 photo 2 to Amos. 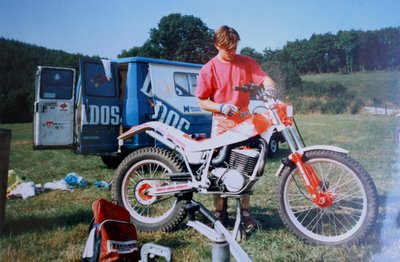 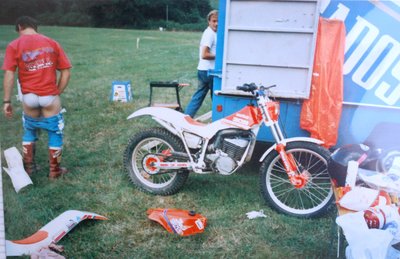 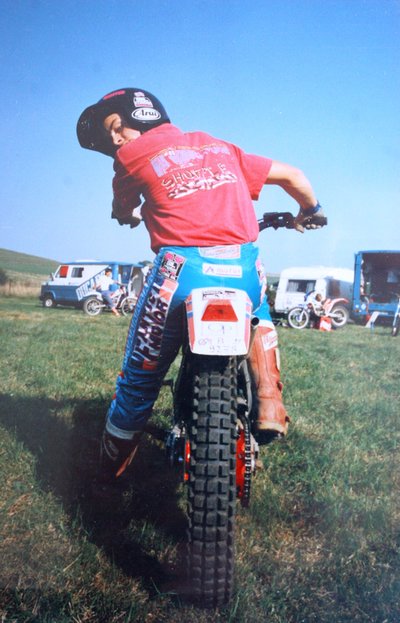 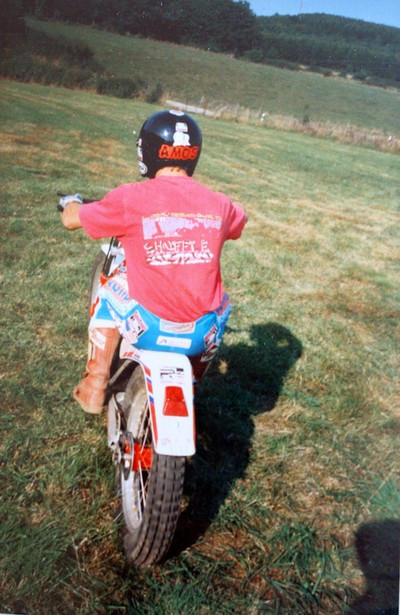 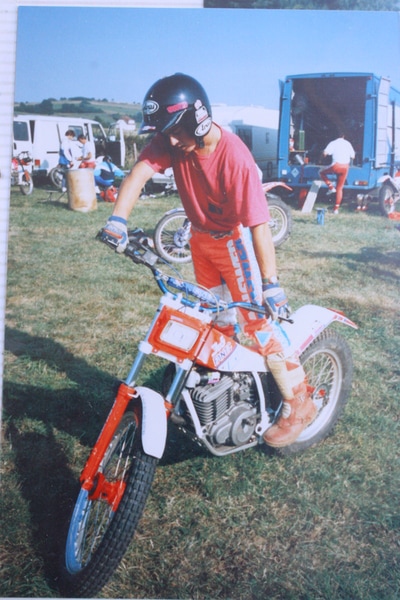 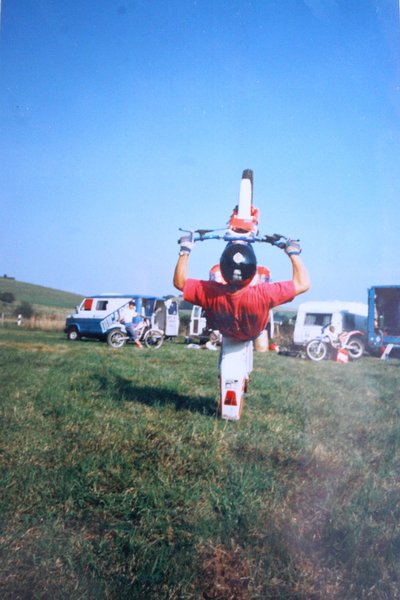 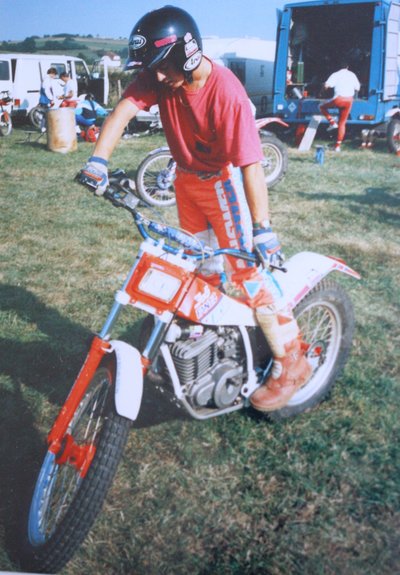 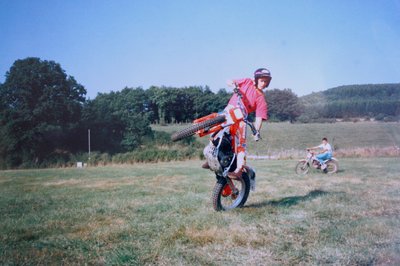 But eventually I arranged for both men to be sitting down at the same table and for them both still be talking at least for that time. I was never an actual employee of Gas Gas but certainly yes I was paid buy them for this reason. I spent my time working at the Paxau workshop, but I was supported by Gas Gas and paid by Gas Gas and Narcis. My role was simply to make them talk together . This not talking was a problem .
​Sometimes Paxau’s wife had to make the calls to Piber as Paxau would not call him. This was like school. Also Piber would say to his secretary “Call to Torello and explain what I have told you”. What are we doing. This was ridiculous. After I received this call from Narcis I spoke with Paxau and I said “That is the end. We need to speak and join all together for lunch and dinner and talk seriously”. I then tell Paxau I am going to go to Girona and I'm going to take lunch with Mr Piber and I'm going to explain the same to him. Then when I have agreement we will take dinner all together. We need to make the end of the situation and fortunately we arrive at the good point. After this the relationship was not as good as when they first met, but better for sure now. At this time GasGas paid me for this intermediary work, but very low. At this time I was never decided in my mind that I was going to work 100% for Trial and for GasGas. I was thinking all the time for my career and my studies. And all of this.
In the paddock at the German 1988 World Trial. Left photo the Dutch Vim Suker who worked for Montesa as an engine tuner and bike prepper. He greatly improved the running for the factory riders bikes and made significant modifications to the engine and exhaust plus a custom clutch with additional bearings. 2nd photo Tarres, Codina, Gallach, Bilbao, Albert and Ruiz.
How long did you stay with Gas Gas and Paxau?

So I stayed, let me think, until 1991. I was working for Paxau, but Narcis paid me and I was working all the time with Paxau, because my role was to go to the races with Paxau.
​
You are working at Paxau workshop, tell me, where did the inspiration come to make the main changes we see in trials bikes at this time? The riding position has become more upright and of course there are so many other developments. There was also the transition from air to water coolant, what can you remember about this time?
​The development for the first water-cooled bike started back in around 1988, that's when the work first started in Torello and Paxau at this time was testing every water cooled bike and every prototype he could get his hands on from the Aprilia to Beta, to special France Yamaha bikes, he would ride and try everything is good and draw from the experience with all of these bikes. He created or received all of the references from these bikes and created something from this, it's ideology, it's efficiency and functions, never producing something just for marketing and producing anything hoping that it may work and hoping that in a few years time when we look back it will be viewed upon as a good idea. Nothing was created like that, everything was created on the basis of knowledge, testing and facts.
1991 Czechoslovakia and Paxau rides Joan Pon's  Aprilia. Joan cooks his beans up :). Oh the glamour !
By 1990 the UK had a Gas Gas Importer and I remember seeing the model for this year being advertised in the foreign press, but the one advertised in Spain was different to the model advertised in the UK. In Spain a white watercooler was available, however, this model never reached the UK and we had the latest update of the Aire model. Why was this first GasGas watercooler never sold in the UK and in any great number ? What happened surrounding the first water-cooled Gas Gas ? Production started and then it suddenly stops?
Some close up photos of the rare 1990 Watercooled GasGas. 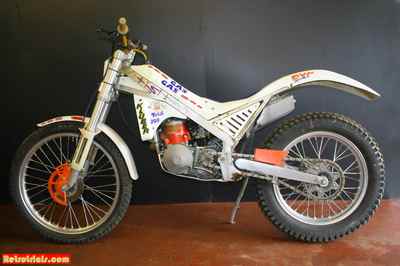 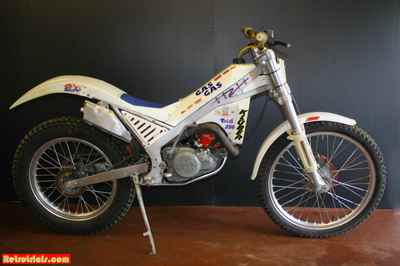 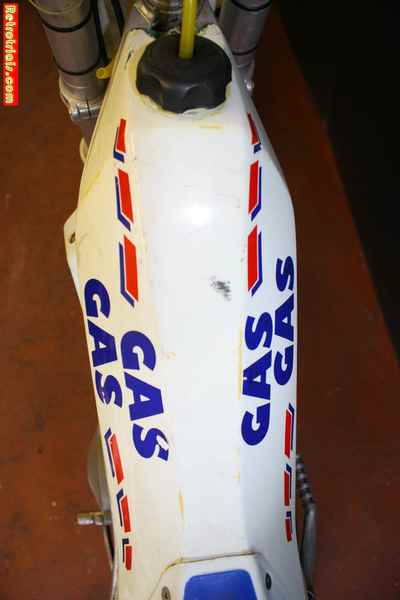 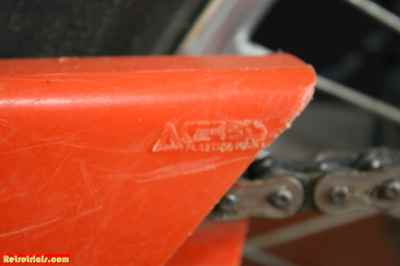 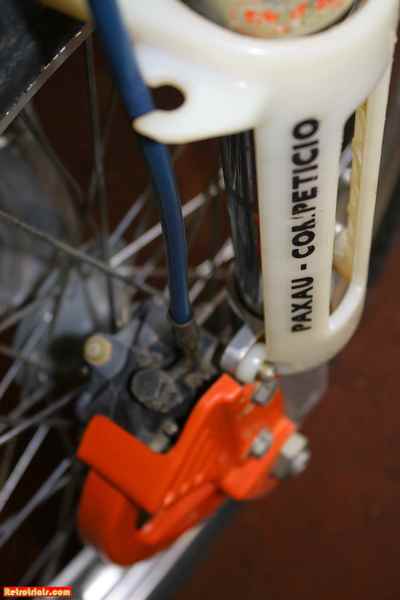 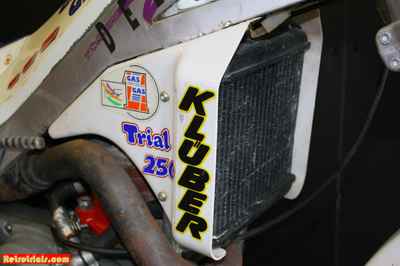 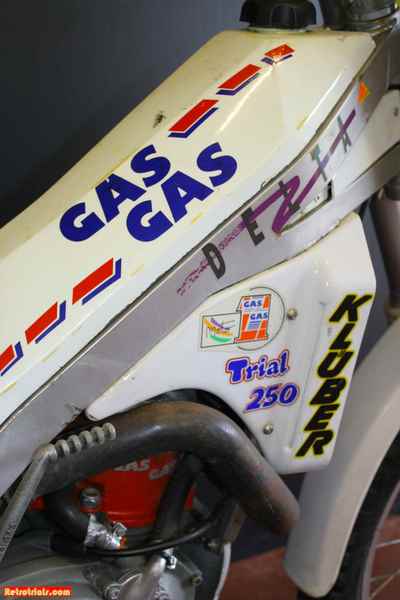 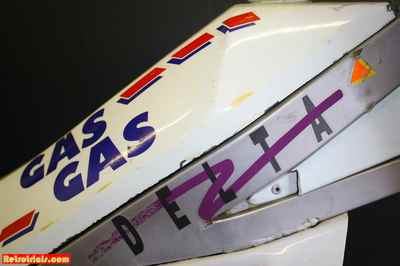 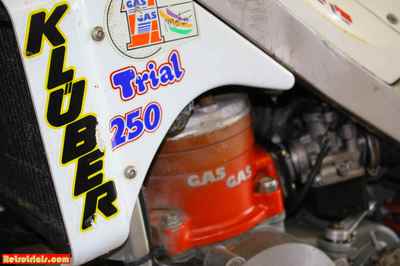 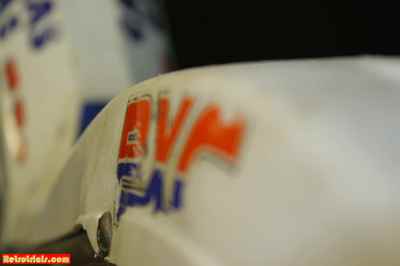 Albert rides his GasGas 325cc Halley in the 1987 3 days de Cingles. Paxau prepares the race 75cc Honda MBX in 1986 whilst the rider Criville and Albert look on.
Page 12