When i was in my early teen years i was just starting to get interested in motorcycles and off road competition , certainly not road racing. That just didnt get my pulse racing. For once in many years my parents and grand parents had a theme to buy me Christmas and Birthday presents around. Generally i was given motorcycle magazines and books. One book in particular captivated me . It was called the "Bike catalogue International" and literally wore the ages of the pages away . Furnished with photos of all of the World's motorcycles , from Agrati to Zundapp this book was my most favoured possession.
I would allow myself 2 imaginary bike purchases  from the book. It was ever  so difficult to choose  , but it would always come down to these 2 motorcycles. The Yamaha IT250 and the Puch Mc 496. Yamaha posters were a lot easier to get my hands on , that Puch ones , and so my bedroom wall quickly became covered with the gorgeous blue bikes. Id lay back and dream of the power and roosting dirt.
Yamaha's off road racing was captivating. Hakan Carlqvist , Dave Thorpe ,Jobe and Geboers battled it out on the motocross circuit and
Serge Bacou championed the beautiful blue Yamaha's in the World of motocross and more visually for me , the Paris dakar rally.
Serge Bacou is a legend . He achieved what normal men can only dream of.

He is 7 times French motocross champion - all with Bultaco . Does this make Serge Bultaco's most successful motocross rider ?
He rode the Paris Dakar many times with 13 stage wins and a best of 2nd in 1981.
He also won Le Touquet Enduro
Won the  Atlas rally twice
Won the Baja Aragon race.     A real champion in a very hard discipline and a really iconic childhood hero of mine. 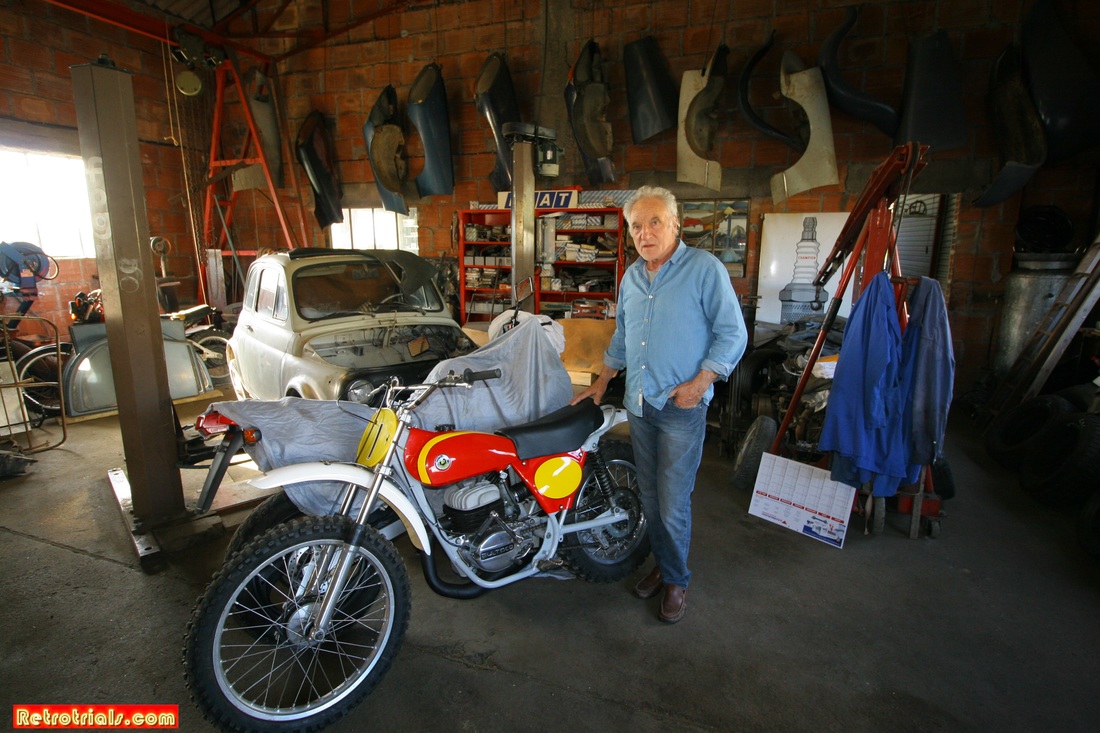 Dakar legend Serge Bacou his special Motorcycle collections and workshops www.retrotrials.com
Come along , visit Serge and his collections. This man has a place to die for  -
Page 2